In this issue of the Visual Astrology Newsletter I want to explore how predictive work for a client can be helped immensely by knowing what parans the planets and luminaries form with the fixed stars. Most of you know that one of my specialties is working with clients in grief (1). Often this is unresolved grief from many years past. So this case study explores how working with a client’s star parans can help you to shape and hone their predictive work when dealing with unresolved issues.

This particular client of mine has an strong Saturn – in rulership (Aquarius) in the 6th house conjunct Mercury and trine the MC, hence effective in realizing her plans through her work (6th) and career (MC) but it is also squaring her natal Neptune. This difficult square manifested when at the age of eight Saturn transited her MC as Neptune transited her IC for it was at this time that her farther drowned.

My client has an excellent reputation in her field, but underneath this responsible attitude she often felt vulnerable, harbouring fears of losing her partner with its roots firmly embedded with the tragic loss of her father. The potential of this unresolved grief in a chart could lead to all her future Saturn or Neptune transits stirring up these difficult issues which could lead to loss of relationship and alienation of friends, so the question for the astrologer is can she resolve these problems or will they plague her for the rest of her life, with every Saturn or Neptune transit?

The answer to this question may often be found by looking to the star parans. In paran to her Saturn and Mercury are the following stars:

In the years of her prime, two stars moved onto the stage of her life in paran with her natal Mercury, Deneb Adige the great sharman star and Sualocin from Delphinus, the dolphin.

Starlight says of my client’s Mercury culminating when Deneb Adige is culminating:
An idea-magician; the poet, the actor or the shaman

and ofmy client’s Mercury culminating when Sualocin is culminating:
Playfulness with truth and facts, a different way of seeing the world

One could say that she entered the years of her prime when she stepped into the freelance business world and, as the idea-magician (Mercury-Deneb Adige) with a different way of seeing the world (Mercury-Sualocin), began to put forward her own concepts of strategic planning and market development as a freelance consultant.

The only fixed star which sits in paran with her Saturn is Schedar which occurs in her latter years.

Starlight says of my client’s Saturn setting when Schedar is setting:
To strive for dignity in one’s work

To have a star-planet connection in one’s latter years means that one gains the gifts that it offers when one is older and, as astrologers, we know that Saturn requires maturity for it to develop its qualities of responsible action, authority and reputation.

All of these three stars are positive, supportive and talk of being able to move through her issues but only once she is older. Thus as her astrologer I could see that it was only a matter of time before she resolved the bottled grief of her early years and gained the self-respect and dignity that the Saturn-Schedar promises.

In late April 2006, with transiting Saturn again the 12th house and again opposing the Saturn-Mercury, an event occurred which finally allowed my client to give voice to her bottled grief  (Mercury-Deneb Adige) and take on a new way of seeing the world (Mercury-Sualocin). My client contacted me with the sad news that her beloved animal friend, her fifteen year old dog, had died. As she worked with the grief from this loss, so she was finally able to talk about her repressed fears with her partner. Her fear began to lose its power over her and she gained a different way of seeing the world(Mercury -Sualocin).

Brady, writing in Starlight, tells us that:

“Schedar is the archetypal symbol of the queen, with a natural ability to command respect, wisdom, to take a leadership role based on the feminine model which incorporates intuition and mysticism, just as the masculine model incorporates strength and focus. This star is a strong woman who demands dignity and rules by the power of her respectability and honour. With her in your chart you can rely on your desire to always function with propriety, to treat others as you would like to be treated, to know that your dignity is the source of your power.”

Hence in finding this new platform for her voice, my client has opened the doorway for her Saturn-Schedar to work better for her as she gets older. For dignity in one’s work only begins with self-dignity.

1. Life After Grief: An Astrological Guide to Dealing With Loss (Wessex Astrologer, 2004) and  Living with Change: The Astrology of Dealing with Crisis – Astro Logos Studyshop.

Note: All the meanings of star and planet parans quoted are taken from Starlight Software. © Barnswood Ltd and Bernadette Brady. 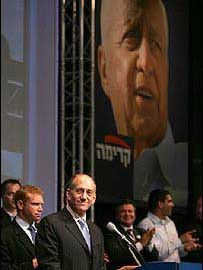 A Man, A Vision and the Edge of History Ehud Olmert Israel’s new Prime Minister

Simon Wiesenthal – Beyond The Final Solution