One of the many faces of Jupiter in visual astrology.

A look at the origin of the meanings of eclipses based on the power of the Moon god, Sin, and how this has influenced the astrological thinking around the nature of eclipses.

Bernadette BradyDecember 2005 There are not too many sky narratives left in our culture. We have children’s songs and rhymes […]

The use of the annual pattern of heliacal rising stars that are unique for a given latitude to gain insights into the pulse of a city or place.

The visual astrology of the lunar eclipse of the 17 October, 2005, and its mundane implications.

This article correctly predicts London being awarded the 2012 Olympic Games by reading the Sky Map of the time of the decision. It also pin points the role of a rumour that undermines the Paris bid.

This newsletter was written as Pope Benedict XVI was elected, but it correctly foresees that his reign as pope is curtailed in some way.

Darrelyn GunzburgApril 2005 We have seen the importance of sky stories through the Gathering of Kings (February, 2005 issue) but […]

A focus on the Occultation of the Moon with Antares. 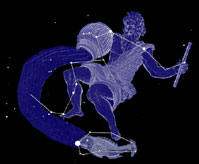 The debates and visual astrology of the Age of Aquarius.

Any cookies that may not be particularly necessary for the website to function and is used specifically to collect user personal data via analytics, ads, other embedded contents are termed as non-necessary cookies. It is mandatory to procure user consent prior to running these cookies on your website.