This month like the last sees another iconic figure end her sojourn on planet earth. Rosa Parks died on 24th October, 2005 at the age of ninety-two. Fifty years earlier, tired of being humiliated by an outmoded, outdated and outrageous set of rules which discriminated against black Americans travelling on buses, Rosa Parks refused to give up her seat in the middle rows of a Cleveland Avenue bus in Montgomery, Alabama, to a white man. One small step for a woman which ignited a flame of injustice and catalysed her title as “the mother of the civil rights movement”.

But that day in December 1955 was not the first time Rosa Parks had confronted a bus driver.

In 1943 when she was thirty years old, she had confronted James Blake who had thrown Parks off his bus. Twelve years and many miles of walking later, Parks again confronted a bus driver. She was forty-two years old and the bus driver’s name was James Blake. It was the same bus driver! This time Blake demanded that the four blacks sitting in the middle section of the bus give up their seats so a lone white man could sit down. Three of them complied but Rosa did not.

As with Wiesenthal, we can consider the soil into which Rosa Parks’ chart was seeded in order to gain an understanding of the nature of her life.

Parks’ heliacal rising star is Rukbat. This is delineated in Starlight as:

Rukbat is the brightest star of Sagittarius the Archer, in the knee of the left foot. Picked for his sharp eyesight and his steadiness of stance and strength, the Archer was the feared and forceful warrior at a time when archers were the most important and powerful pieces in the game of war, for he was able to fight from afar rather than face-to-face with a sword. Rukbat is the star that offers steadiness and consistency, so as this helical rising star emerges from the Underworld into the light of day, Rukbat gives Parks a rudder or anchor to her life, allowing her to fight for long-term goals, rather than looking for easy or short-term solutions.

Her actions on that day in December 1955 risked legal sanction and even physical harm. She was fined $14 and arrested for not giving her seat to a white man but her arrest led to a three hundred and eighty-one day boycott of the Montgomery bus system, organized by a then unknown Baptist minister, Reverend Martin Luther King.  Rosa Parks had become the symbol of the mass movement which culminated in the 1964 Civil Rights Act and an end to segregation.

To add to the story we can look at Parks’ sky map and parans. Like Wiesenthal last month, we don’t have a timed chart for but the strength of the method of parans used in Starlight is that parans consider the first twenty-four hours of life and searches for the potential of each star-planet combination. There are many star-planet combinations we could examine but her natal Jupiter in fall in Capricorn square to Venus in detriment in Aries and at the Bends (square to the nodal axis) stands out as an obvious one to explore. In her sky map (below) we can see that at the time of her birth Jupiter was in the face of the Archer – so we can see from the visual astrology that this is a combative Jupiter [also see insert of Sagittarius at the top of this article].

Additionally there are three stars that link their myths to her natal Jupiter through parans.

Jupiter rising when Acumen is rising:

Acumen is one of a pair of nebula in the tail of the Scorpio (the other being Aculeus). Both of these stars are linked with mental, verbal or spiritual attacks, with Acumen carrying the shadow side. The lesson is to avoid lashing out or getting angry and simply confront problems in the clear light of day. The paran of Acumen-Jupiter again put Parks directly in the line of the bus driver’s fire but it took a complete Jupiter cycle before it matured and gave her the strength to respond as her social conscience dictated.

Facies is the penetrating stare of The Archer. It describes a lethal weapon which can destroy others or be destroyed. Connected with Parks’ Jupiter, it suggests someone who is strongly focused, a non-diplomatic but achieving person whose alternative philosophic views allows her to turn around the notion of being the victim.

“Are you going to stand up?” the driver, James Blake asked. “No,” answered Parks. “Well, by God,” replied Blake, “I’m going to have you arrested.” “You may do that,” Parks responded.

Jupiter culminating when Alhena is on the nadir:

The scholar or explorer; the person with a mission

Alhena is the star in the in the foot of Pollux, known as the Proudly Marching One. To have Alhena connected with a planet in your chart is to have a cause to follow, a belief for which you will ‘march’.

From this small investigation of Parks’ heliacal rising star and her Jupiter, we start to gain a glimpse of some of her dance card and the partners with whom she moves:

In 1996 Parks received the Presidential Medal of Freedom before being awarded the United States’ highest civilian honour, the Congressional Gold Medal, in 1999. On Sunday 29th October, 2005, Parks became the first woman to lie in honour in the vast circular room under the Capitol dome. A woman who sat down to be counted. 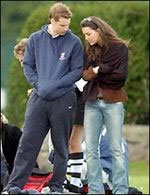 A Chorus from Christmas Past