We are walking towards the Solstice, that moment in time when silently the world turns and breathlessly the world waits…

‘Twas the night before Christmas, when all thro’ the house,

Not a creature was stirring, not even a mouse;

This poem, originally titled “A Visit From St Nicholas” but commonly known as “‘Twas the Night Before Christmas”, was first published anonymously in the Troy Sentinel, New York, on 23rd December, 1823. It was an immediate success. Twenty years later, amidst high popularity, Clement C. Moore asserted authorship of the work. However, recent scholarship by literary critic Don Foster (1) has cast doubt on this attribution and accorded the poem instead to Henry Livingston, Jr. a position constantly asserted by Livingston’s family.

In this winter solstice edition of the Visual Astrology Newsletter, I thought it might be enjoyable to see if we could assess the “authorship issue” of this Christmas classic by looking at what fixed stars sit underneath each of these men’s Mercury.

Clement Clarke Moore was born 15th July, 1779, in New York, USA, during the Revolution. We do not have a timed birth but natally Moore has Mercury in Leo oppositon Pluto. Whilst Pluto had not yet been discovered, this aspect describes someone who is an intense, deep, persistent communicator with a sharp, incisive mind (Mercury-Pluto) and passionate about expressing their ideas (Mercury in Leo). The extreme positon of these planetary combinations is the arrogant (Mercury in Leo) obsessive, one-eyed fanatic unable to let ideas go (Mercury-Pluto).

There are two stars that link their myths to Moore’s natal Mercury.

Polaris, the current pole-star, was used for centuries as a navigator for sailors of both sea and desert. As the star never rises or sets, its expression is always in the person’s career, adding a strong focus or fixity to one’s ideas and being circumpolar gives it a more black-and-white cast. Moore was a religious man, the son of an Episcopal bishop. A professor of Oriental and Greek literature at General Theological Seminary, by the age of thirty he had compiled a two-volume Hebrew lexicon, the first work of its kind in America. Here is the persistence and strong mental focus of Mercury-Pluto connected with Polaris. Furthermore Moore’s biography tells us that all his life he opposed most democratic reforms, such as the abolition of slavery. Here perhaps we see the effect of Polaris as a circumpolar star adding rigidity to Moore’s thinking processes.

Mercury Setting when Alcyone is On Nadir –

Insightful and brilliant, but struggling with the darker side of human nature

Alcyone is a powerful star indicating visions and mystical abilities but also ruthlessness or judgemental anger, the visionary thinker with the potential for intellectual arrogance.

Moores’s was a life of scholarship. He translated the Roman satirist Juvenal, edited his father’s sermons, was often a contributor to the editorial pages of local newspapers and wrote treatises and political pamphlets, including his well-known 1804 attack on America’s third president entitled: Observations Upon Certain Passages in Mr. Jefferson’s Notes on Virginia, Which Appear to Have a Tendency to Subvert Religion and Establish a False Philosophy. Here again we are privy to the stubborn rigidity of conservatism connected with Moore’s thinking and his writing.

Indeed all of these Mercurial connections are reflected in a poem attributed to Moore by Foster entitled “Old Santeclaus” which begins:

The steady friend of virtuous youth,

The friend of duty, and of truth,

Each Christmas eve he joys to come

Where love and peace have made their home…

“Old Santeclaus” is a poem praising children who have been exemplary, obedient and honest, suggestive of the perspective of someone who has Mercury-Pluto connected with the fixed stars Polaris and Alcyone connection.

It was 1823 when “Twas the Night Before Christmas” anonymously appeared in the Troy Sentinel , New York, instantly seizing the hearts of its readers. However, it was not until 1837, fourteen years later,that  the poem was published with Moore’s name attached and 1844 that he first acknowledged that he was the author of the famous verses by including the poem in a small book of his poetry entitled “Poems”, which he had published at the request of his children. Are we seeing the struggle with the darker side of human nature that Alcyone in paran with Mercury produced for Moore, that having assuming the mantle of creator, he found it impossible diuvlge the truth?

In 1859 and 1862, Henry’s descendants discovered that Moore was claiming credit for what they insisted was their ancestor’s poem. The issue incensed them but Moore held a prominent position within the church seminary and the matter was silenced. Further attempts were made in 1899 and in 1920 but it wasn’t until 2000 that Don Foster, an English professor at Vassar College in Poughkeepsie, New York, utilising original documentation, allegedly irrefutably demonstrated that Moore could not have been the author of that poem. It was, he stated, most likely to be the work of Major Henry Livingston, Jr.

Henry Livingston Jr. was born in Poughkeepsie, New York, on 13th October, 1748. His natal Mercury conjunct Saturn in Scorpio, at the bendings (square the nodal axis), describes someone who is both focused and intense in their communication (Mercury in Scorpio) as well as precise, clear and structured in how they communicate (Mercury-Saturn). It also describes someone who fears they may be betrayed when expressing their ideas (Mercury in Scorpio) and that their words will be blocked or checked (Mercury-Saturn).

If Livingstone is the author of the poem, then this aspect clearly articulates these fears. But what stars sit underneath this aspect in his chart?

There are two stars that link their myths to Livingston’s natal Mercury.

Mercury culminating when Arcturus is Culminating

Arcturus describes a person’s leadership skills and when linked with Mercury, designates someone who seeks new territory with their ideas and thinking.

Stephen Nissenbaum, professor of History at the University of Massachusetts, in his book The Battle for Christmas (2), demonstrates the poem’s importance in the history of American culture. Between 1810 and 1830 a new kind of Christmas was being created, complete with its own mythical figure, an expression of Mercury- Saturn and Arcturus. For the poem emerged at a time when the focus of Christmas was moving from adult revelry to domestic contentment. Additionally, it was this poem that gave this particular vision of Santa Claus to the world. Earlier images portrayed the solemn bishop St. Nicholas and in 1821 he still wore a variation of the bishop’s mitre and robes with his sleigh being pulled by a single prancing reindeer. This poem embedded the vision of a jovial, benevolent, gift-giving Santa Claus driving eight reindeer over the roofs of the sleeping town delivering gifts to children both good and bad into the prevailing culture.

Mercury on Nadir when Altair is Setting

A military mind, a brave and independent thinker

Mercury connected with Altair suggests someone whose thinking, speech and mental focus is shaped directed and controlled by the sprit of the eagle – the ability to think fast on his feet embracing a career with words.

The Livingston family was one of the important colonial and revolutionary families of New York and Henry was one of the first New Yorkers to enlist in the Revolutionary Army in 1775. He was also a farmer, surveyor and Justice of the Peace, known for his encyclopaedic knowledge and his love of literature.

Moore and Livingstone could not be more unalike!

“‘Twas the Night Before Christmas” sees children as:

” …    nestled all snug in their bed,
While visions of sugarplums danced in their heads…”

“Old Santeclaus”sees children as good or bad and delivers punishments to be meted out by parents to naughty children:

” I left a long, black, birchen rod,
Such as the dread command of God
Directs a Parent’s hand to use
When virtue’s path his sons refuse.”

We may never know for certain to whom authorship of this catalytic poem ought to be ascribed but an investigation into the fixed stars that sit beneath each man’s Mercury is illuminating in the way they aptly describe the core attributes of the two poems.

Simon Wiesenthal – Beyond The Final Solution 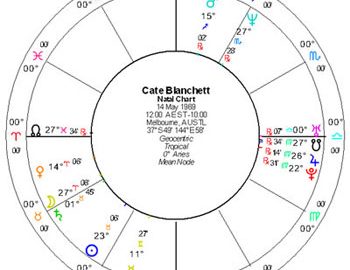