Many of us have relationship issues in our twenties and we could argue that our twenties are designed for us to rise and fall and scrape our knees on the battlefields of society. Most of us anticipate that by our Saturn return we will be in a long-term committed relationship that supports and nourishes us and will stand the test of time. When this doesn’t happen, time appears to stretch endlessly forward in a fog of unforgiving loneliness. So it was for a recent client whom I had seen in her late twenties, now in her early thirties. Not so long ago she had ended a four-year relationship with a young man whom, at one stage, she thought she would marry, as she did not feel that her emotional needs were being met and even though they lived together, often found herself “feeling desperately alone and unloved”.

Several disastrous short term affairs followed, again leaving her suffering vulnerability and abandonment. When she contacted me she was in the middle of a relationship break-up with someone she had been with for six months. She described this as “a relationship that has not been very good for me but I have hung in there regardless because I don’t like being alone.” In a state of distress she wanted to know if she would ever form the passionate, monogamous relationship for which she craved.

Her natal chart has a partile Venus in Cancer in the 12th house square to Pluto in the 3rd house. This is a Venus that networks, socializes and forms relationships through empathy and by supporting and nurturing others. However, being in the 12th house, we know immediately that there is a family issue concerning relationships (Venus in the 12th house). This family issue involves acts of trust and betrayal (Venus-Pluto) which comes about due to a person’s standing in the community (Venus rules the 10th house) taking precedence over the need to talk about and discuss the family problems (Venus rules the 3rd house). This betrayal has and could possibly continue to remained hidden or silenced for many generations (Venus in the 12th house).

In talking to my client, however, her own family history reveals that this Venus is starting to bring these family issues of betrayal to the surface. There had been two sibling deaths in her early years; and later she and the rest of the family had discovered that her father had a long-term mistress. The hidden issues of the 12th house Venus were clearly flooding into her life, so her problem of relationships issues was not just a lack of a partner but really the tip of an iceberg that seemed to be in meltdown.

But there is more to this Venus than just the chart. Her natal sky map produced by Starlight adds great insight to this delineation, for Venus is connected with Orion, the great hunter and warrior god in the sky,who is victorious with a great club in his right hand and bearing a shield (some say an animal skin) in the other. My client’s natal Venus sits on the tip of the club, the weapon Orion carries, the part of the club that does the damage. This caring, empathic Venus, ready to take action (cardinal square) on behalf of others (Venus is cadent) is not only coloured with hidden betrayals but is also sited “weapon-wise” to batter and destroy. This is a Venus which “has attitude” – gagged and silenced in the 12th house but prepared to “run amuck”.

There is also another story.

Venus is in paran to Bellatrix when she is older. We know that Bellatrix, the great left shoulder of Orion, offers great success but only if one walks the shadow path and this shadow path is clearly already reflected in my client’s history and horoscope. So this star in paran to her Venus expands the story of betrayal and implies that there is hope. She is not destined to walk the dark tunnel of betrayal and broken relationships forever but rather if she does face some of the painful truths, some of the pent-up grief and anger within herself and her family, than she can eventually find fulfilment in relationships.

In 2008 my client’s transiting Pluto squares itself and opposes her natal Venus. This crucial year, part of her mid-life crises years, suggests that it is this year when she will be able to fully realise the promise Venus has offered her.

The natal sky map picture sitting underneath my client’s natal configuration was revealing as it showed a Venus willing to act; and as Bellatrix placed its steadying and guiding hand on her Venus in her more mature years, so she is learning and will continue to learn how to deal with the more difficult side of relationships and therefore how to embrace the Venus-Pluto rather than deny it. 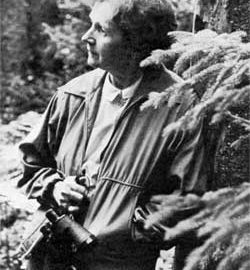 The Founder of the Contemporary Environmental Movement named, a look at Jupiter

An Egg and Three Kisses: A Case Study of Fabergé

The Old Man, Marduk and the Moon god, Sin -a bright Jupiter is curtailed